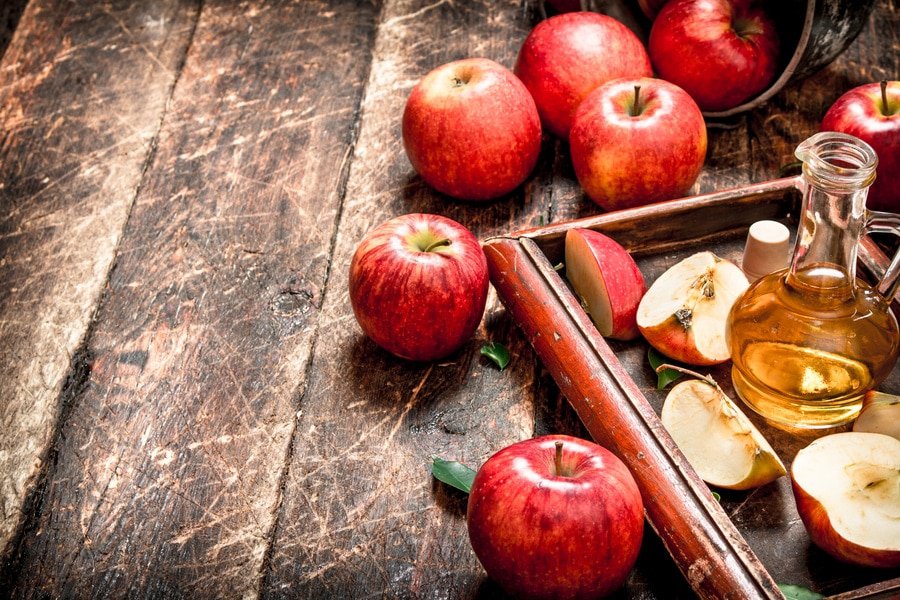 The answer to the question “is it safe to drink apple cider vinegar during pregnancy” remains a mystery. Once you learn that you are pregnant, you are keen on what are the dos and don’ts during the period. You even become cautious about the food that you consume. The reason is that as much as some are good under normal conditions, they may harm your unborn child.

When thinking about what to take and what not to, what comes to your mind? It wouldn’t be a surprise that you will be on the fence regarding apple cider vinegar. You are probably asking yourself the following questions. Is it safe to drink apple cider vinegar during pregnancy? Are there chances that it will harm the baby? Can it affect me because of my current condition?

Enough is enough! This article will inform you about apple cider vinegar. It will also put to rest the indecision about its consumption while pregnant.

What is Apple Cider Vinegar?

It is a drink and its main ingredient is crushed apples. One adds yeast to the apple juice and that makes the sugars present in ferment. If you want it to occur relatively fast, aeration could do the trick. It is advisable especially if you are making it for commercial use. Consequently, it becomes alcoholic. After becoming alcohol, the next and last step is turning it into acetic acid. The result is what we term as apple cider vinegar (ACV).

Available in the market are two types of ACV. Read on to find out which ones they are and other distinguishing details.

Once you prepare the ACV, for the unpasteurized type that is not the end of it. It undergoes a process that eliminates any bacteria that has a potential of causing you harm. One such bacteria is the E.coli.

On the other hand, the unpasteurized kind remains unfiltered. According to what marketers of the same claims, making it otherwise gets rid of all its health benefits.

Below are distinctions between the two types.

Is it safe to have cider vinegar during pregnancy?

Experts in healthcare have come to a conclusion about the topic. One of the above apple cider vinegar is safe for use by pregnant ladies. There is the one that is safe another one that isn’t. The recommended one once you realize that you are expectant is the pasteurized. For safety, ensure that you drink that only. Remember that it does not contain harmful bacteria such as E. Cole.

If you take the other one, there are risks that come hand in hand. It can result in complications as well as miscarriages. You may escape that only to have a kid with serious health issues after he or she is born. In addition to that, responding to prescribed medicines may be hard. I can’t imagine a mother putting her life and that of her unborn child to risk like that. The praises given to the unpasteurized ACV may be tempting. However, never make a mistake of consuming it before consulting your doctor.

We now know very well that pasteurized ACV is ideal for use by expectant mothers. Now that the safety issue has been put to rest, what are the advantages of drinking it? Thanks to Dr. DeForest Clinton Jarvis, we have the answers regards what one gains by consuming it.

Morning sickness is one of the symptoms that alert women about being pregnant. It is not only the most popular but also the most obvious symptom when it comes to the natter. It starts from two weeks after a missed period on most women. However, it can start as early as one week after conception. The reason is that women, as well as pregnancies, differ when it comes to symptoms. Come the first trimester, almost every expecting mom experience it. As it becomes annoying and unbearable, you can find refuge in apple cider vinegar. As far as its PH is concerned, it is neutral. For that reason, it will neutralize the stomach acids responsible for nausea. It will help you conquer those moments until the very end. Those who experience it throughout the pregnancy have something to smile about after all.

2. Consider it a Remedy for Yeast Infections

In this case, if you take it, there will be low chances of candida infections if not none at all. In case of one, the infection will be minimal and the symptoms will be less severe. It is both preventive and curative. For the purpose of the former, consume it for a strong immune system. It will also prevent diabetes that may elongate the healing process. If infected, apply it or use it in your hot water bath.

3. It is a treatment for Urinary Tract Infections (UTI)

UTI is caused by bacteria. Did you know that there are minerals and enzymes in the apple cider vinegar that can slow down the growth of such harmful bacteria? If you become a victim of UTI, do not forget that it can assist.

4. No more Acidity or Heartburns

If you are lucky to have no more morning sickness after the first trimester, it is still not time to celebrate. As a result of the baby exerting pressure on the digestive tracts, heartburns may become the new order of the day. Apple Cider Vinegar comes in and neutralizes that acid.

There is yet another symptom of pregnancy which is the blockage of nostrils. When that happens, having a sound sleep becomes difficult. A warm glass of water with apple cider vinegar as well will change that.

With the hormonal changes during pregnancy, acne among other skin issues may come up. Good news is that apple cider vinegar can treat that.

If you encounter swollen veins and are suffering from varicose veins, here is a trick. Apply the lotion your doctor recommends. When doing so, add apple cider vinegar. To avoid those problems in the first place, drink it. It will make blood circulation normal.

Rubbing the apple cider vinegar on the swellings will reduce them.

If you have either a cold or sour throat, apple cider vinegar is a high recommendation. Why not when it is antibacterial?

10. It is a ticket to losing weight

Weight loss is something that many people covet. People have tried a lot of options but they have borne no fruits. Are you one of them? If the answer is a resounding yes, you should start preparing for a celebration. If you drink apple cider vinegar, you will always feel full. Due to that, you will eat less hence lose weight.

11. It Assists in Digestion

It has elements of antibiotic. Therefore, it will combat any stomach upset that comes as a result of harmful bacteria. Under those circumstances, the metabolism regulation is easy, only good bacteria has a room in your stomach and digestion will improve, eventually.

Did you know that an enzyme by the name rennin can increase blood pressure? As it does its activities, that will happen. Apple cider vinegar contains acetic acid that can lower the blood pressure.

13. Apple Cider Vinegar as a Detoxifier

For great metabolism, often consume apple cider vinegar so that it can detoxify your body. Then, you can have even easy absorption of nutrients.

14. It is a treatment for Diabetes

It can reduce your blood sugar levels. See to it that you seek medical advice before embarking on it as your diabetic treatment though. 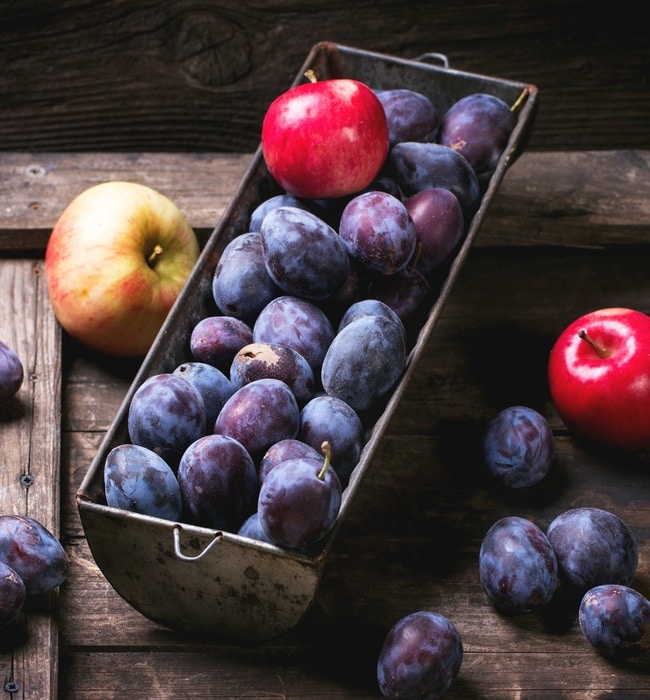 Side Effects of Apple Cider Vinegar

There are disadvantages of the same. Fortunately, are avoidable because they come as a result of consuming large amounts of it. Below is a discussion of the various side effects.

1. Unhealthy if used with some drugs

Are drugs like insulin, Digoxin as well as the diuretics a part of your prescription? If yes, avoid apple cider vinegar like plague. Its combination with either of them will lower the potassium level of your body. That is not only unhealthy for your body but also dangerous to your unborn child.

2. It can cause Damage to Teeth

Due to its acidic nature, it can destroy your teeth. It erodes the enamel and other dental problems may occur too.

3. It leads to painful Gums

If you use it to cure pain or bleeding of the gums, there could be trouble. Expect not only itching but also irritating gums.

They include the gastrointestinal tract infection, swollen face, and acne. In addition to that, the skin may experience rashes or redness.

The most common pregnancy symptom during the first trimester is morning sickness. As earlier mentioned, the apple cider vinegar will help by neutralizing acids that cause nausea. For that reason, it is a great recommendation during that period of your pregnancy.

Is it right to take unpasteurized apple cider while pregnant?

I will repeat this over and over again. It is risky to take unpasteurized apple cider if you are expectant. Failure to heed advice will lead to not only complications but also a miscarriage. If you are a little lucky, you will deliver the baby but it may have defects. Make the right choice for the sake of you and your baby.

Can you soak your feet in apple cider vinegar while pregnant?

The answer is a big yes. It is safe as well as effective. Since swollen feet are common during pregnancy, do not hesitate to turn to apple cider vinegar for a relief. It will do you good and while at it not affect the health of your body.

Is it safe to take hot apple cider during pregnancy?

Its ingredients include allspice, nutmeg, cloves, and cinnamon. They are safe to use but only if they are in small amounts. Otherwise, there can be a miscarriage, inhibition of the production of prostaglandin, seizures, fluid imbalances, liver damage or cause contractions before it is time. With that information, I know that you are wise regarding hot apple cider during pregnancy.

Given these points, you are probably wondering which the right answer is. Is it safe to drink cider vinegar during pregnancy? If you consume it in a small amount or take it externally, then your pregnancy is safe. In the event that you have too much, I will not lie by telling you that all will be well.

You could experience complications, miscarriage or welcome a baby with defects. Those are things hard to accept especially if you have played a role in their happening. Equally important, avoid taking the unpasteurized type. It may be good if you are not pregnant. Nevertheless, its adverse effect on your pregnancy outdoes any good thing about it.

Most importantly, it is good to consult your doctor before you start using it. It will cost you nothing and yet save you from many problems and a lot of pain. I rest my case and I hope that you heed the advice. All the best during your pregnancy and good luck as well.

Hi there, I am Monica mother of one and this is my blog. I share some useful tips about pregnancy and specially parenting. xoxo

link to Similac Soy Vs. Similac Sensitive: What's the Difference?

Once a woman has given birth, she may decide to breastfeed the baby or opt for formula exclusively. Formulas are healthy substitutes for breast milk. They contain all the nutritional values that a...

Continue Reading
link to How Many Nursing Bras Do You Need?

Only new moms know how important nursing bras actually is. And, that you can’t go without them if you are nursing a baby. But, there is a variety of nursing bras available, and there are a couple...