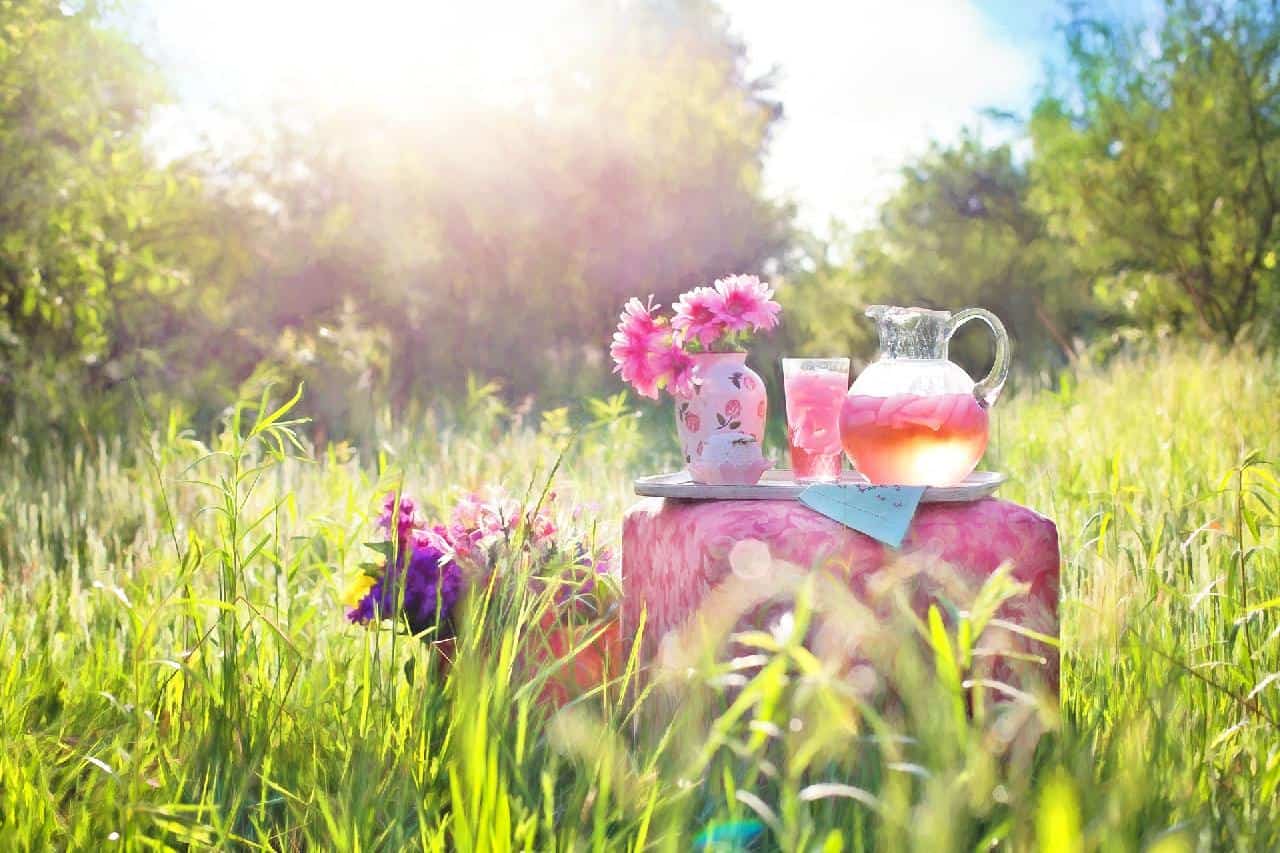 If there were a brother and sister drink, then it would be the pink lemonade and the regular lemonade.

There has to be something responsible for the color pink and we will look at that further below.

To understand pink lemonade here are some facts about it that you will find interesting.

The history of the pink lemonade

The pink lemonade first came to be around the 1800s.  It was at first sold at circuses and carnivals only. However, because of its popularity, the drink moved and began selling on the street stands of New York.

Josh Chetwynd, an author of the book, “How the hot Dog Found Its Bun” gives two accounts of how the pink lemonade came to be. The two accounts are as follows:

Pete Conklin was a man selling concession at a circus. During one of his shifts in 1857, he happens to run out of the water to make his lemonade and he didn’t have access to a nearby source of water.

She just happened to have cleaned her pink tights in water and left the liquid looking a deep pink color.  Pete went ahead and used the water without thinking twice and passed it off as “fine strawberry lemonade.” 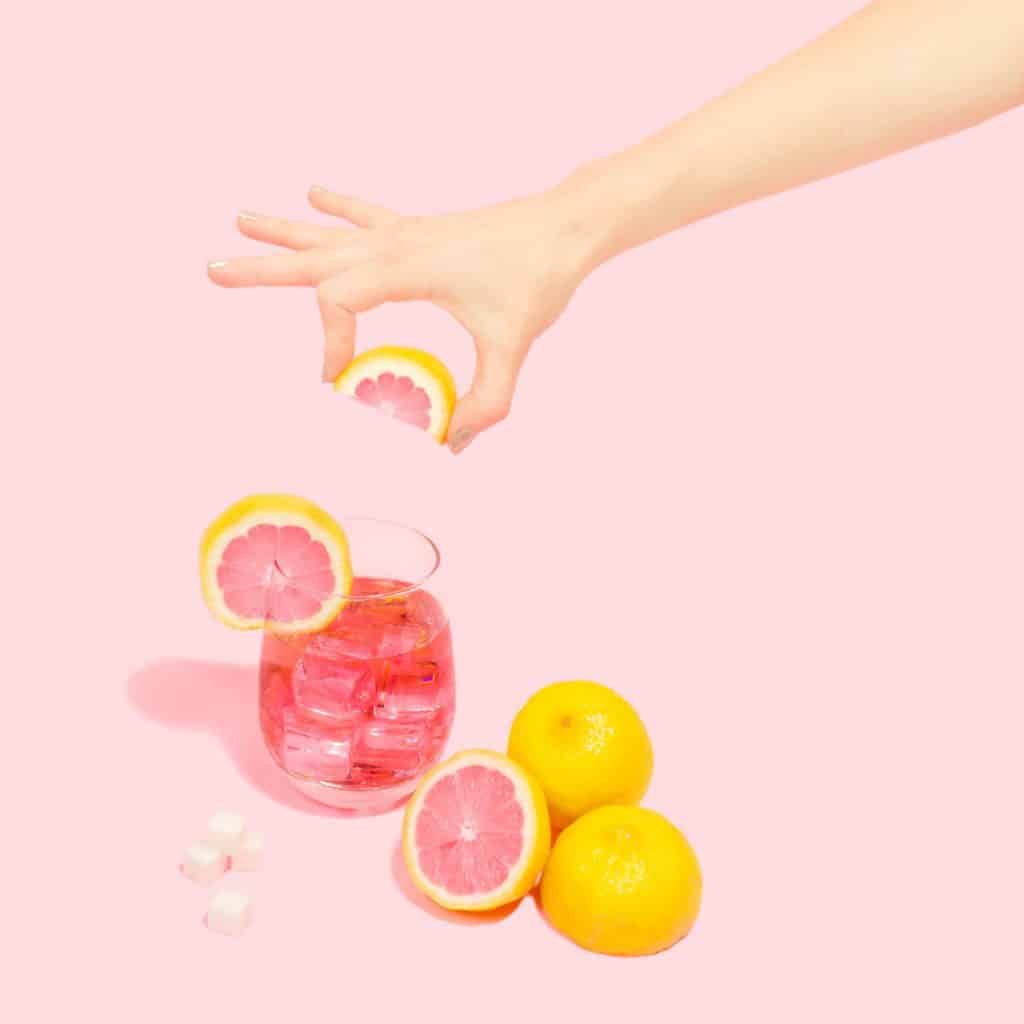 It is said that Pete got double the sales compared to the ordinary lemonade refreshment that he sold earlier and this mistake resulted to the popular new style of the lemonade which is the pink lemonade.

But today, it has undergone improvements to make it healthier thanks to the use of crushed strawberry or cranberry.

The second account to pink-lemonade fame also came to be because of a lemonade mishap.

According to a New York Times article, Henry E. Allot who was a circus promoter, a salon-keeper and gambler was responsible for the popularity of the pink lemonade.

While mixing a tub full of the regular lemonade he accidentally dropped red cinnamon candies in the liquid. This resulted to this beautiful rose-tinted mixture that sold very well

For that reason Henry continued to create this version on lemonade. To date it is a popular summer drink.

Once the pink lemonade hit the market people have made various versions of their pink lemonades and this has led to a very impressive list of pink lemonades mix with certain fruits to create this amazing drink that is centuries old.

Crushed strawberries and cranberries are not the only things used to make the lemonade pink; a pink food dye has also been used to color it.

However, many food experts advice against using food dye because they believe it can have a negative impact on someone’s health.

According to the Center for Science in the Public Interest, food dye can cause harmful effects like cancer and hyperactivity in children.  This is why the best option here is the pink lemonade which crushed strawberries.

The calories of pink lemonade

Pink lemonade has calories too and a 20 ounce bottle of pink lemonade is 260calories and contains 67grams of sugar.

Too much will make you sick

It feels great seeping a chilled pink lemonade during summer but the problem is that too much of it will probably cause you to feel sick for some time. This is why instead of taking pink lemonade every day; just reserve it as a summer drink.

You probably know the regular lemonade squeezed from the yellow lemons that you know and you might have made this drink yourself.

You are probably thinking that you know all about the regular lemonade because you know it is the color that makes it different from the pink lemonade.  However, you will be surprised about some facts about it which you don’t know.

The history of the regular lemonade

It is common belief that the regular lemonade was first made in Egypt around 1000AD. It was at first used as an ornamental plant in the Islamic gardens. Later on it was then squeezed for its liquid which was added sugar to make the sweet regular lemonade.

The lemons later became popular in China and by 1600’s in France, the vendors there monopolized the drink and it started selling through backpack tanks.

Since then its popularity spread around the world and especially in the United States, the Americans even made their own version of the regular lemonade which is known as the “cloudy” lemonade which come to be because of its appearance that is as a result of a mixture of real lemon fruit juice and water.

Today the regular lemonade is many people’s favorite summer drink.

Calories in a regular lemonade

Most lemonade is usually only 15% lemon juice and the rest of it water and sugar. It can be said that lemonade is like soda but if you would like a healthier alternative consider trying iced tea.

It is actually one of the best summer drinks but taking too much of it could pose a risk to your teeth and your sugar levels. This is why you will need to be careful about how much you drink.

Why Should You Drink Both Lemonades?

Apart from the fact that both pink and regular lemonades are delicious beverages there are more reasons why you should drink them and they are as follows:

Lemons are a superfood

Both beverages come from lemons and lemons come with plenty of health benefits. Drinking lemonade is one of the easy ways to get a healthy dose of lemon.

Lemon contains Vitamin C, B6 and A just to mention a few of the various vitamins, minerals and healthy compounds that can be found in a single lemon.

Will it be Pink Lemonade or Regular Lemonade?

So which is better? Is it the pink lemonade or the regular lemonade? Both beverages taste great and have a very interesting history.

If you love a natural drink and lemonade at its best then the regular lemonade should be your first choice.

Both drinks have lemon fruit juice in common but they are different in their own ways as we have seen above. Choose the drink that makes you happy whether regular lemonade or pink lemonade, but remember, just like with all good things, moderation is key.

Now that you have understood what these drinks are and where they come from lookup some helpful lemonade recipes and make your very own version of homemade lemonade.

It could be pink lemonade or a regular one. You never know, it might be the next popular lemonade version.