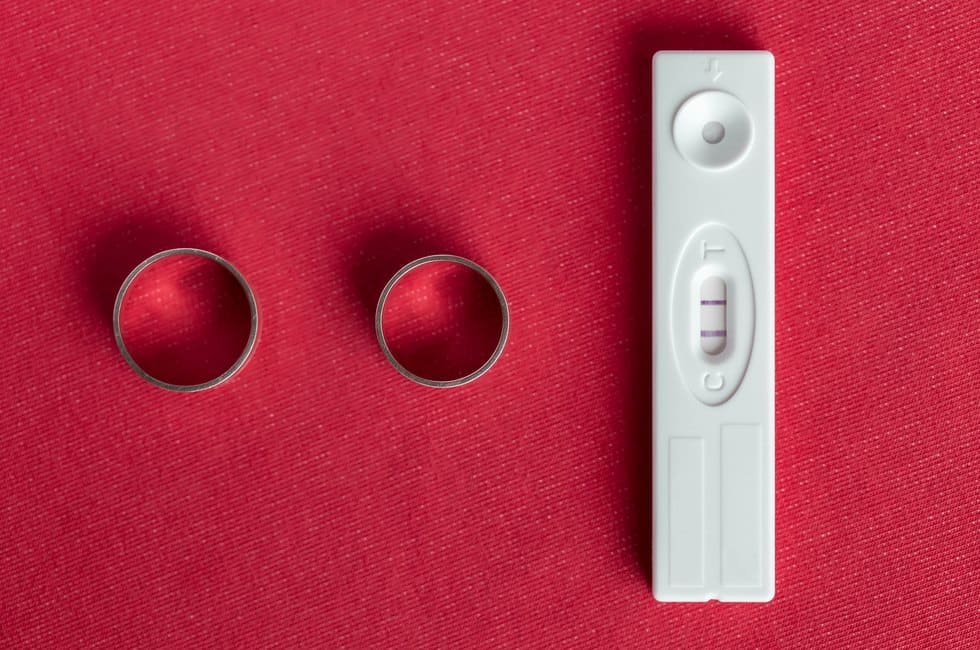 When someone finds out that they are pregnant their first thought, after the initial excitement, is whether their baby will be a boy or a girl. This question is huge through much of the first half of the pregnancy as the parents eagerly await the news.

How Accurate Is the Ring Gender Test? The ring gender test is an old wives tale or pregnancy superstition that is a common method used to try and ascertain what gender the baby will be. The accuracy of the ring gender test is debated because it has a 50/50 of success. Ultimately, the test is not considered an accurate gender predictor.

Just because this test is not necessarily accurate doesn’t mean we can’t enjoy using it regardless, not everything needs to be taken seriously. Besides, wouldn’t it be fun to get the right results from the ring gender test? Everyone loves having their own fun pregnancy stories to tell their families once the baby is born.

What You Need For the Ring Gender Test

As stated earlier, the ring gender test has a 50 percent possibility of being accurate since it’s just between the options of being a boy or a girl. Often women are eager to know whether they are having a boy or a girl as soon as possible so they can start buying clothes geared toward them and decorating their nurseries

Usually, gender isn’t discovered until around 18-20 weeks when the anatomy scan is performed, the ultrasound that checks out whether the baby is developing properly. It also reveals the gender which is the highlight of the whole visit after the baby is determined healthy.

To perform the ring gender test you only need a few simple things. The items needed include:

How the Ring Gender Test Works

This test is fairly easy to do, so there isn’t a lot of preparation or fanfare needed. It can be a fun little task to do with your partner or you can make it more exciting. If you are having a pregnancy announcement or gender reveal then now would be a great time to do the test.

Even if you already know the gender this could be fun to help lead up to the reveal and cause a fair bit of excitement. Imagine that the test yields accurate results? It will feel quite validating and be enjoyable for everyone there.

How the test works aren’t complicated. Here are the steps to performing it:

The Results of the Ring Gender Test

Interpreting the results isn’t difficult at all and you don’t have to wait for them. As soon as you perform the ring gender test you have the answers you were so desperate for.

Another way to perform a ring gender test is to hold the ring over your wrist instead. This is a lot easier to perform by yourself if you’re curious without needing any onlookers. The method is pretty much the same but you swing it over your wrist.

This test is partly so enjoyed because of how simple is. There’s nothing complicated when it comes to the actions or interpretations of the ring gender test, and that can be a relief. There’s so much going on in a pregnancy that the mom can’t predict, so this is just a chance to relax and feel in control at least a little bit.

What These Movements Mean

The ideomotor phenomenon is the official title of subconscious unintended movements that can occur due to outside forces. They are the indirect movements of your muscles that occur unintentionally or subconsciously. This is a movement that may occur because of outside influences, including the expectation of the person experiencing it.

A mom may already think she is having a boy or a girl. She will not directly be moving the string or be trying to influence it all but it is still having an unintended effect on the results. This phenomenon is also frequent when using a Ouija board, which is mean to commune with spirits that have passed on.

There’s no reason to blame anyone for these unintended movements because they are exactly that: unintended and not on purpose. No one is trying to force the answer they want, their body is just responding to their inner desires or convictions.

The Overall Accuracy of the Ring Gender Test

We’ve already stated that there can’t really be an accurate reading on the ring gender test since it is just a fun old wives tale. That just means that there isn’t any scientific evidence to support the results, and that’s okay.

It is a folklore story that has held on throughout generations and isn’t meant to be taken too seriously, though there is nothing wrong in hoping or believing that the prediction is correct. Relax and have some fun.

Can the Ring Test Predict Pregnancy?

Some women have claimed that the ring gender test can do more than predict gender—they say that it can predict pregnancy as well!

There are many anecdotes from women who were goofing around and did the ring test over themselves before they knew they were pregnant. There are other stories where they were doing the test at a party and had friends do it as well. The ring refused to swing for some women and worked for another who ended up finding out she was pregnant as well.

The best way to predict pregnancy is a missed period or a pregnancy test. Better yet, have a blood test from your doctor to confirm that pregnancy. But there is no reason to have a bit of fun predicting pregnancy if you’re trying to get pregnant.

Can the Ring Test Predict How Many Babies Will Be Had?

Finding out you’re having twins, or god forbid, triplets, is a huge concern when it comes to pregnancy. We all love a good surprise but maybe that information is a bit too surprising to handle for some people.

Often, if you’re performing the ring gender test you might notice that it stops after it gives the result and then continues. If that happens it is said to mean you’re having another baby and that the way it spins afterwards is the gender of that other baby.

Just another fun result you and the girls can gossip over. If the results are wrong then you can have a good laugh later, and if there are right you can feel vindicated that your suspicions were not unfounded.

Are There Different Ways to Perform the Ring Gender Test?

A few common changes to make with the ring gender test are using thread or hair, using a needle instead of a ring, and holding the ring over your wrist instead of your baby bump. These methods vary because of different traditions but all follow the same basic format. There is no one way that is best to use, just do whatever you feel is correct.

Why Is the Ring Gender Test So Popular?

This test is popular because it is both fun and unique. Women are always excited to learn whether their baby is going to be a boy or a girl and the idea that they may be able to know in advance is fun and reassuring. They want to feel like they know their baby already and the gender is the first step to seeing them as their own person.

What Do the Results Really Mean?

We’d like to think that the ring gender test is some magical way to determine the babies gender but that is not the case. Instead, it really is just a coincidence. A study performed by the Johns Hopkins School of Public Health in 1999. What they found is that there was not any scientific evidence to back up claims of this pregnancy superstition yielding accurate results.