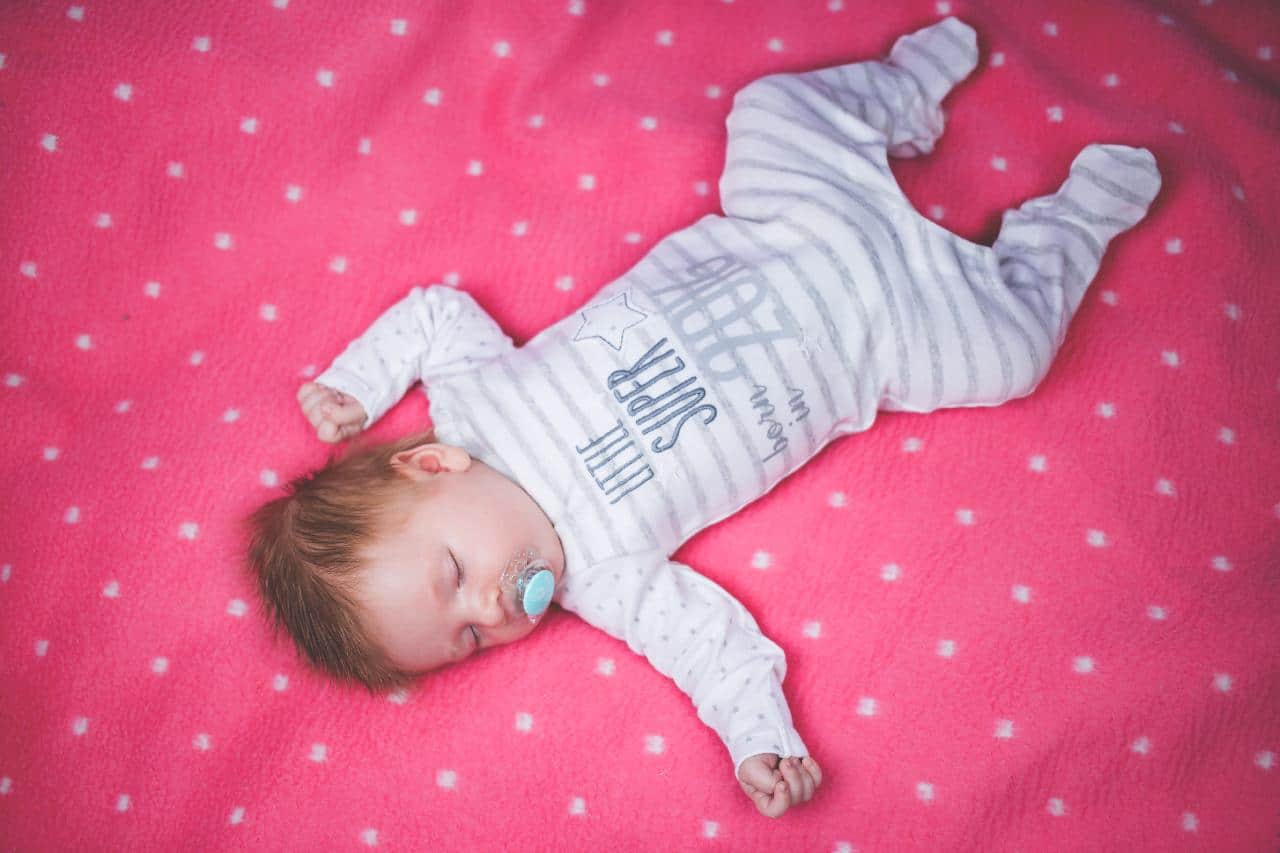 When our little ones are born onesies are one of the things that all babies should have.

They’re very useful because they can be used underneath clothes to keep the baby warm during the night or when you’re out with your little one. Onesies are also useful in warmer weather since you can simply put one an onesie on your baby while being at home and that’s it.

Onesies are such a most it’s normal for our babies to have many. But is it possible for toddlers to use onesies? Well, this is usually possible for younger toddlers but not that common for children older than 2. Let’s see what’s the deal with onesies and when do toddlers stop using them.

When Do You Stop Dressing Your Baby in Onesies?

The honest answer is that there’s not really an exact time when your baby has to stop wearing an onesie.

There are not really any rules either. On average infants stop using onesies at some point between 12 months (1 year) – 24 months (2 years).

When people decide to leave the onesies behind is normally because of two reasons.

First, because they want their babies to use regular pajamas with nothing too complicated underneath so that changing diapers through the night can be easier/faster.

Or the other reason which is the most common one is that as babies grow it starts getting more difficult to find onesies. Sure, there are some companies that might still have onesies for 12, 15 or even 18-month-olds.

But they do get harder to find since onesies are more associated with babies and most companies only have onesies available for children up to 24 months old.

Some parents also decided that wearing two-set pajamas or a sleepsuit without an onesie underneath it’s the best choice for their little ones because their infants are tall and they find onesies uncomfortable on the crotch area and overall, find the onesies too short for their children.

Another common reason why parents decide to stop using the onesie is potty training.

Onesies can be complicated to unbutton for a little child. If the child is not wearing an onesie but only their normal pants and underwear is easier for them to take them off when they need the potty since they only have to pull them down.

Check: Pull-Ups vs Diapers: Are They The Same?

Some can do. It is not strange to see a two-year-old wearing an onesie because there are some brands that still produce onesies for children of that age group.

Also, there are many parents that put their infants on an onesie because of one reason or another. Onesies are after all very functional particularly during Autumn and Winter or if you live in a cold place.

There are also infants that just don’t like to use a blanket so their parents like to put an onesie on them so that they have that extra layer.

Because most children don’t wear onesies anymore by the time they’re 2 it doesn’t mean that you have to switch immediately.

However, you will most likely struggle to find enough variety in onesies in comparison to the wide range of onesies that are out there for babies and in a few months those onesies might not fit your baby since lots of brands only do onesies until the kid is about 2 years old (24 months of age) anyway.

So as we previously mentioned, sometimes the reason for a toddler not wearing onesies anymore is that parents can’t find them anymore.

Nevertheless, there are other options, once your child no longer fits onesies you might want to consider getting them shirts, size 2T would be the ideal size for a 2-year-old to use.

Here are some brands that do onesies for children up until 2 years old (Link to Amazon):

Onesies and sleepsuits often get mixed up and confused. Sometimes when you’re searching for an onesie you might come across a sleepsuit or the other way around.

Some brands/people call onesies sleepsuits as well that’s why at times you might find a sleepsuit listed as an onesie and feel confused.

Although, traditionally speaking and according to Wikipedia, “an onesie is a garment designed to be worn by infants much like a T-shirt; they are distinguished from T-shirts by an extension below the waist, with snaps that allow it to be closed over the crotch.”

So when you’re buying onesies or sleepsuits online pay attention to the pictures and the description to guarantee that you get the right thing.

When Do Babies Stop Wearing Sleepsuits?

Both parents and babies love sleepsuits. And just like onesies, there isn’t a specific answer as to when your child should stop wearing one and switch to regular pajamas.

The transition tends to happen somewhere between 1-2 years of age (in cases sooner or later) because just like with onesies most brands offer regular 2 set pajamas by the time toddlers are 2 years old.

One of the main reasons why parents decide to switch to regular pajamas is mobility. It is often easier for walking babies and toddlers to walk around while wearing pajamas.

Some people find that sleepsuits might be a bit slippery on the feet for infants particularly because they still need to perfect their walking.

When buying sleepsuits for older toddlers/children in order to help your child with potty training and prevent any accidents through the night opt for a sleepsuit that has a zipper instead of buttons so the child can take it off easily and don’t put an onesie under the child sleepsuit for the same reasons.

Here are some beautiful sleepsuit options (Link to Amazon):

How to Switch From Onesies to Shirts?

It’s all a matter of trying it. Small children aren’t that fussy when it comes to clothing so the transition from an onesie to shirts is normally rather smooth.

Sometimes the sooner you introduce a change the easier it is so maybe getting them used to wear shirts while they’re still little (under 12 months old) even if it’s only from time to time could help.

It’s all about that routine when it comes to children, so keep trying, children eventually get used to. Baby undershirts are normally available from size 2T.

Here are some examples (Link to Amazon):

Note: You should be able to find shirts for babies underwear out there, but another solution is to convert an onesie into a shirt by cutting it.

Check: What is the Difference Between 24 Months and 2t?

Are onesies and vests the same thing?

Yes. Onesies are often known as vests. Also, there are some people and brands that call them baby bodysuits.

How to prevent my child from getting cold once they can’t wear an onesie?

First of all, check the room temperature to check it’s not too warm because you don’t want to overheat your child.

If it’s still cold you can put a shirt underneath their pajamas and put a blanket on them. If they always throw the blanket away make sure they use socks so their feet are covered.